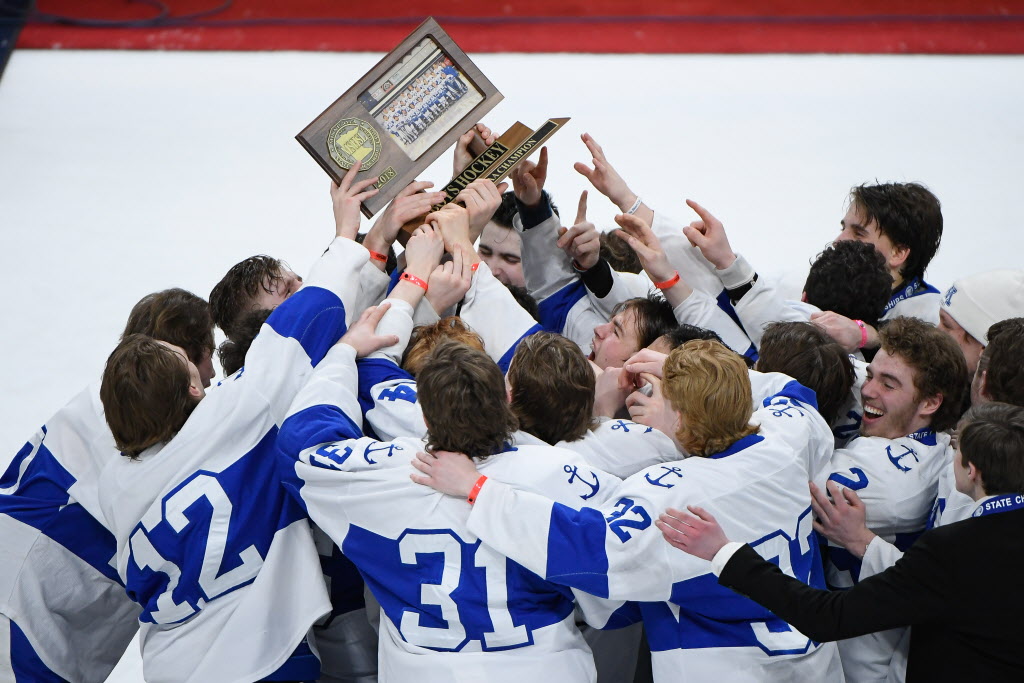 Skill and speed and toe-drags galore.

Championship Saturday never disappoints. We're only sad that this is our fourth and final daily Two-Man All-Tournament team.

How long until the next tourney?

In what might be remembered as the signature play of this year’s title game, Glockner stretched to make a left pad save on a Ryder Donovan shot seemingly ticketed for the back of the net. It was one of 29 saves for Glockner, who also survived repeated collisions with hard-charging Greyhounds. Topping it off, Glockner registered an assist on Matt Koethe’s empty net goal.

He launched the shot from the point that deflected off Joe Molenaar’s skate for a goal, then whipped the puck from behind the goal line to center ice, where Koethe eventually scored the clinching empty netter. Docter also assisted on Bobby Brink’s power-play goal in the first and was a key member of the penalty killing unit that held Duluth East scoreless on six chances.

It was Kubitz’s missed blast from the point that eventually led to the Spartans’ winning goal against Alexandria, although he might tell you that it was really a shot-pass that he knew would secure the Class 1A Spartans’ first state championship. Kubitz was also credited with two blocked shots and hit.

He helped set up Minnetonka’s second and third goals, then put himself in position for a fortunate bounce when Docter’s shot caromed off his skate for the third-period goal that put the Skippers ahead 4-2. He was a warrior in the closing minutes when he returned for his final two shifts after taking a hard hit and, while in obvious pain, staggered off the ice in obvious pain.

The third-liner stayed calm, cool and collected when the puck sailed off the end board, behind the net and on to his stick in prime scoring position. Staring at an empty net, Wittenberg was about to miss the lay-up. His third-period goal proved to be the championship winner. Wittenberg took care of the details, too, winning 11 of 12 face offs much to the delight of coach Will Scholz.

The forward used his twin-turbo speed to race around a Duluth East defender, then shoveled a close-range shot under the crossbar for the prettiest goal of the night. He secured the Class 2A championship with his empty net goal.