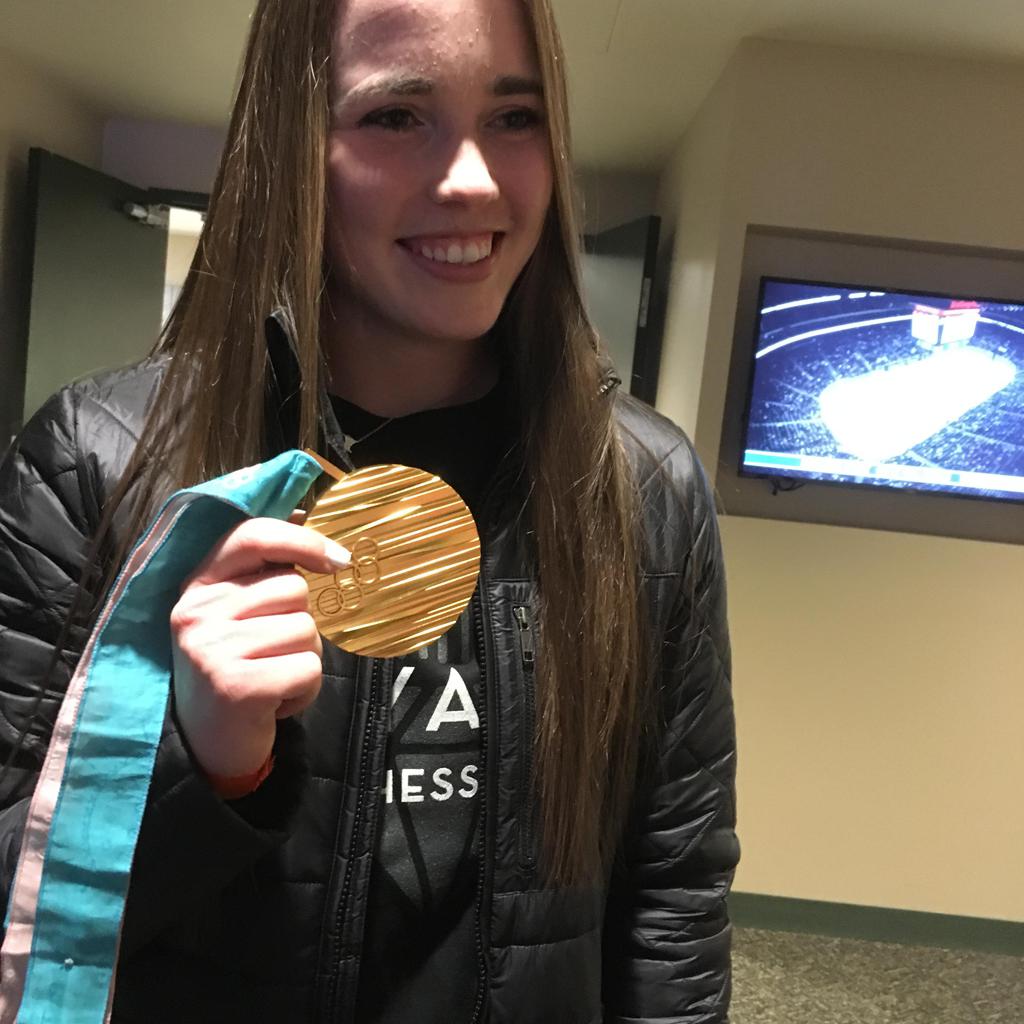 Maddie Rooney, with the gold medal she and the U.S. women's hockey team captured in PyeongChang.

Hockey fans who packed the Xcel Energy Center for Saturday's championship game received a surprise from a special visitor.

Her presence announced over the public address system, Rooney waved from atop the lower bowl as 18,914 fans roared the their appreciation and rose for a standing ovation. A chant of "USA! USA!" filled the arena. Minnetonka and Duluth East players awaiting puck drop tapped their sticks on the ice.

As a junior In 2014, Rooney helped Andover reach the Xcel Energy Center for its first girls' hockey state tournament. The next season, she joined the Huskies' boys' program to better ready herself for college hockey at Minnesota-Duluth.

She stood tall early that season against then-No. 10-ranked Duluth East, stopping 41 of 43 shots in a 2-2 tie.

Before wowing the crowd Saturday, Rooney gave a few interviews in the press box and made adults giddy by pulling out her gold medal.

Walking into the stadium, Rooney noticed "weird looks" from folks who likely didn't expect to see a freshly-minted Olympic champion. Some fans yelled encouragement. In both cases, Rooney said she understood the wider appreciation of her team's accomplishment and what it means to play for one's country.

"It's so humbling," Rooney said.