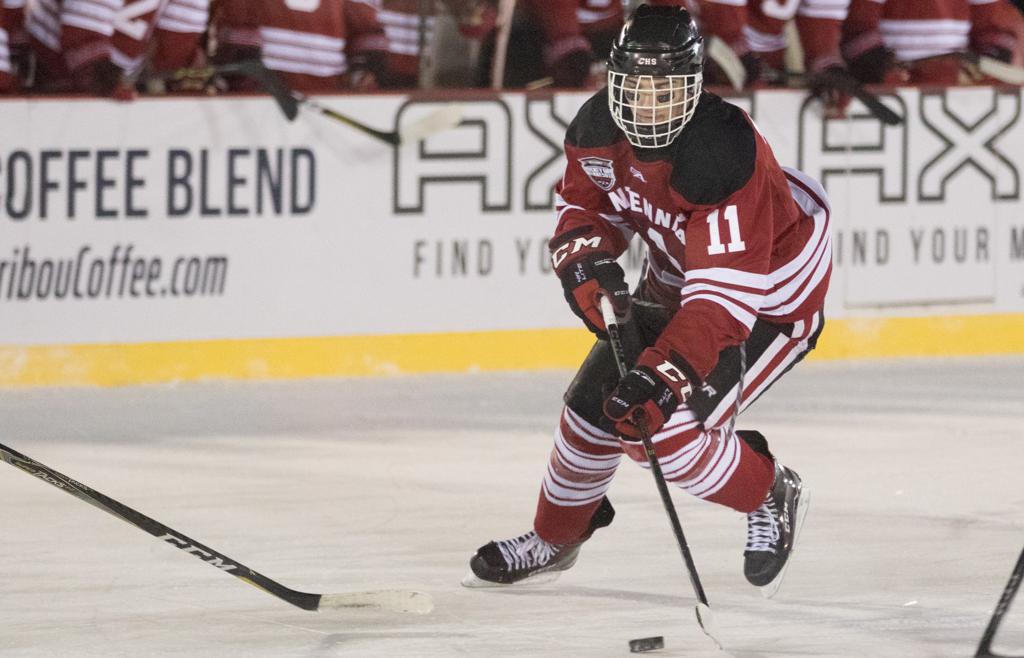 Lucas McGregor and the Centennial boys’ hockey team enjoyed a memorable season on multiple fronts. McGregor, one of 10 Mr. Hockey finalists, helped the Cougars end a four-year Class 2A state tournament drought. He tallied 29 goals and 41 assists and his play impressed coaches at the University of Minnesota.

McGregor, who committed to the Gophers earlier in March, spoke to Star Tribune reporter David La Vaque about an incredible senior season.

Q: I’m told you grew up on the same street as the Gorowskys?

A: Yeah, we live on Reshenau Lake and it’s pretty much a mile-long road. I’m at the very end and about five houses away is Tom Gorowsky [Centennial’s 2004 Mr. Hockey recipient]. And then about six or seven houses down further is Hans and Ryner [Tom’s cousins who played on the 2013 state tournament team]. I still talk to Hans and Ryner pretty often. They always made a rink on the lake in the winter. I grew up with them on the lake shooting pucks.

Q: What sort of support did they provide?

A: Hans and [Patrick] Packy Munson were guys I looked up to growing up, so to have them texting me when we made it to the state tournament was amazing. [Munson, another ex-Cougar, is a goalie for Michigan Tech now.] They said to take it all in and after the first shift it’s just hockey.

Q: How were you doing physically? It looked to me like you were gutting it out Friday against Minnetonka.

A: In the Friday night game, a Minnetonka defenseman and I went knee-to-knee. It hurt really bad but once I got some ice on it and started walking around in the locker room, I was fine.

Q: How did it feel to upset St. Thomas Academy on Thursday?

A: No one really gave us a chance other than the guys in the room. The best part is, throughout the whole game, even when we were down, we all knew we were going to win. We all felt it. We knew we had what it took. To pull that out in the end was an amazing feeling.

To make it to the final four — we would have taken that at the beginning of the year. Guys want to win that first game just so you don’t have to go play at Mariucci. You want to stay at the X all weekend and play in that Friday night game in front of all those people.

Q: Assistant coach Ted Cheesebrough dubbed you “The Irish Assassin” and promoted it quite a bit on social media. Did players on other teams read that?

A: No. I’m glad no one has called me that except Teddy.

Q: You announced your commitment to the Gophers on Twitter and it was really heartfelt. What does this mean to you?

A: I’ve wanted to play for the Gophers since as long as I can remember. My dad was taking me to games at Mariucci and it’s always been a dream of mine to play in the maroon and gold. I went and visited [March 15] and I was fortunate enough to get a scholarship offer. That night I tweeted out because I knew there was nowhere else I wanted to be. It really means the world to me.

Q: So let’s recap your season: You played in Hockey Day Minnesota, you were named a Mr. Hockey finalist, you went to the state tournament and then you had the Thursday upset victory and a good battle Friday. Then you commit to the Gophers. That’s amazing.

A: I know it. I can’t even believe that I was thinking about not coming back. It was the year of my life.