He won hockey and tennis championships as an Edina athlete. 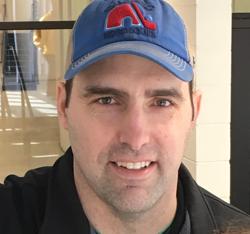 Terwilliger will be tasked with rejuvenating a tradition-rich but recently stagnant Jaguars' program. They won five state titles from 1981-94 but have not reached the state tournament since 2005.

"The tradition speaks for itself," Terwilliger said. "What got me interested as I looked at taking this job was that there is really good momentum at the youth levels in the organization. I look forward to partnering with the youth association and making every kid want to grow up to be a Jaguar."

Mike Terwilliger experienced hockey and tennis success as a Hornets' athlete, winning a hockey championship in 1988 and a singles title in 1989.

Before Edina, Terwilliger coached 11 years at Eden Prairie, seven on JV and four on varsity. As a school teacher, he taught first- and second-graders in Eden Prairie school district.

The past two years, he has worked for Minnesota Hockey as hockey programs manager.

“The committee was excited about Mike’s wide range of hockey experiences from youth involvement through high school,” Bloomington Jefferson Activities Director Chad Nyberg said in a release. “Mike has great passion for kids and hockey. We are excited for him to lend his experiences to the Jefferson hockey community.”