Find news, updates, schedules, rosters and player stats from the event on the MN Hockey Hub. 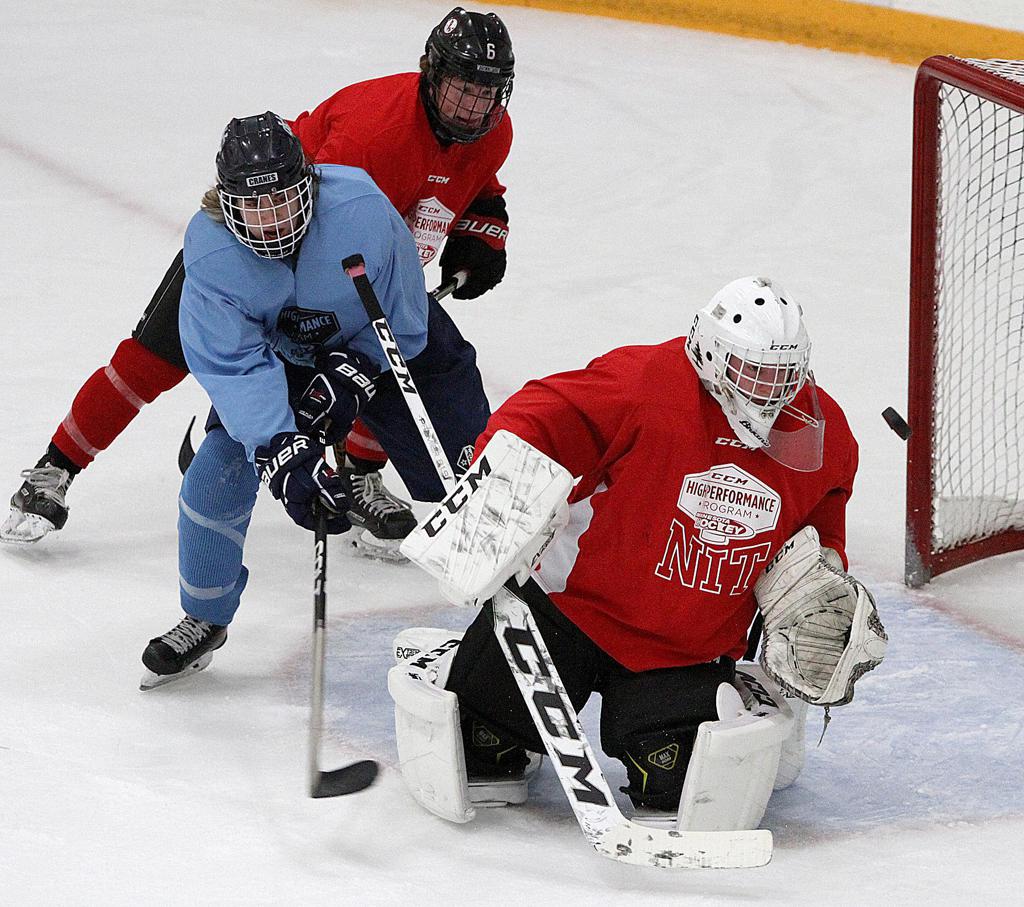 Wisconsin’s goal came 24 seconds into the second period on a power play goal by Carter Hottmann (Madison Edgewood), but that was the extent of Red’s scoring despite outshooting Michigan 29-27 for the game. 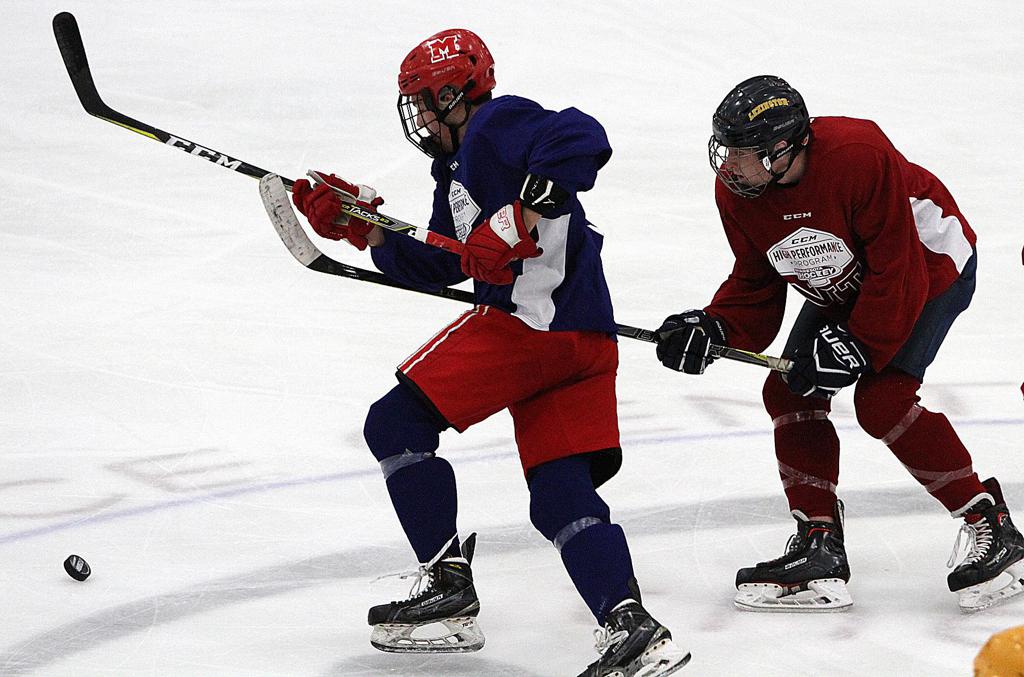 Michigan Seniors forward Hunter Baudino (St. Mary's Prep) finished with a pair of goals and an assist to help lead Blue to a 9-1 win over Massachusetts.

The Michigan Seniors dominated from start to finish in a thorough 9-1 victory over Massachusetts Thursday evening in opening-day action at Plymouth Ice Center.

Massachusetts (Maroon) struggled to contain, or keep up with Michigan’s speed while the Blue squad hammered away with 50 shots in the win.

Hunter Baudino (St. Mary’s Prep) and Conner Graham (Lake Orion) each poured in a pair of goals for Michigan while Brendan West (Catholic Central) added a goal and an assist, and Dylan Montie (Catholic Central) finished with four assists.

Michigan led 3-0 after the first period and kept the foot on the accelerator the rest of the way.

Massachusetts’ lone goal came short-handed when Tyler Buonapane (North Andover) took advantage of a Blue breakdown in its defensive zone, and buried the chance late in the second period to wipe away the shutout.

In net for Michigan, Pierce Cadieux stopped 16 of 17 shots. At the other end, Andrew Lorusso (New Hampshire Avalanche) and Owen O’Brien combined to stop 41 of 50 shots. 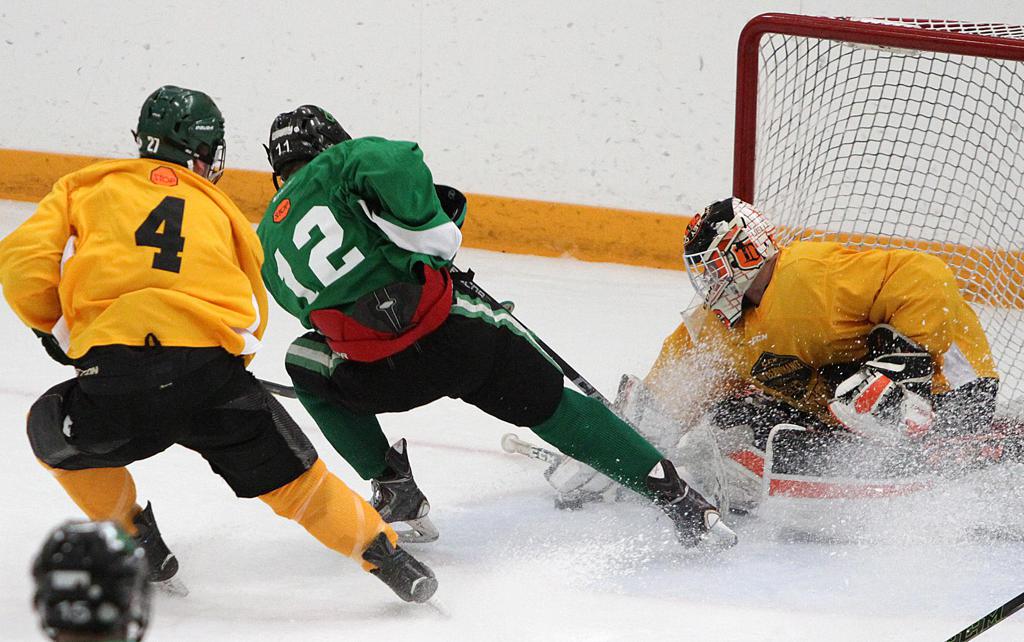 Dane Montgomery (Grand Forks Red River) struck twice in the second period and North Dakota would never trail again as the Green squad worked its way to a 4-2 victory over the Minnesota Seniors (Gold) Thursday evening at Plymouth Ice Center.

Montgomery’s goal 5:54 into the second period leveled the score at 1 and sparked a run of four unanswered goals for North Dakota. Montgomery would score later in the period to push Green ahead before a pair of goals in the third period placed the game in hand for North Dakota. Kirklan Irey (Bismarck Century) and Kyler Briske (Grand Forks Central) also scored for Green.

Minnesota would score first when Andrew Hicks (Minnetonka) found the back of the net 3:39 in, but Gold would not answer until 1:12 remained when Skippers’ teammate Matt Koethe (Minnetonka) scored late.

At the other end, Max Eilefson (Irondale) started the game and made 14 saves on 15 shots. Finishing the game was Jackson Hjelle (Delano), who stopped 13 of 16 shots. 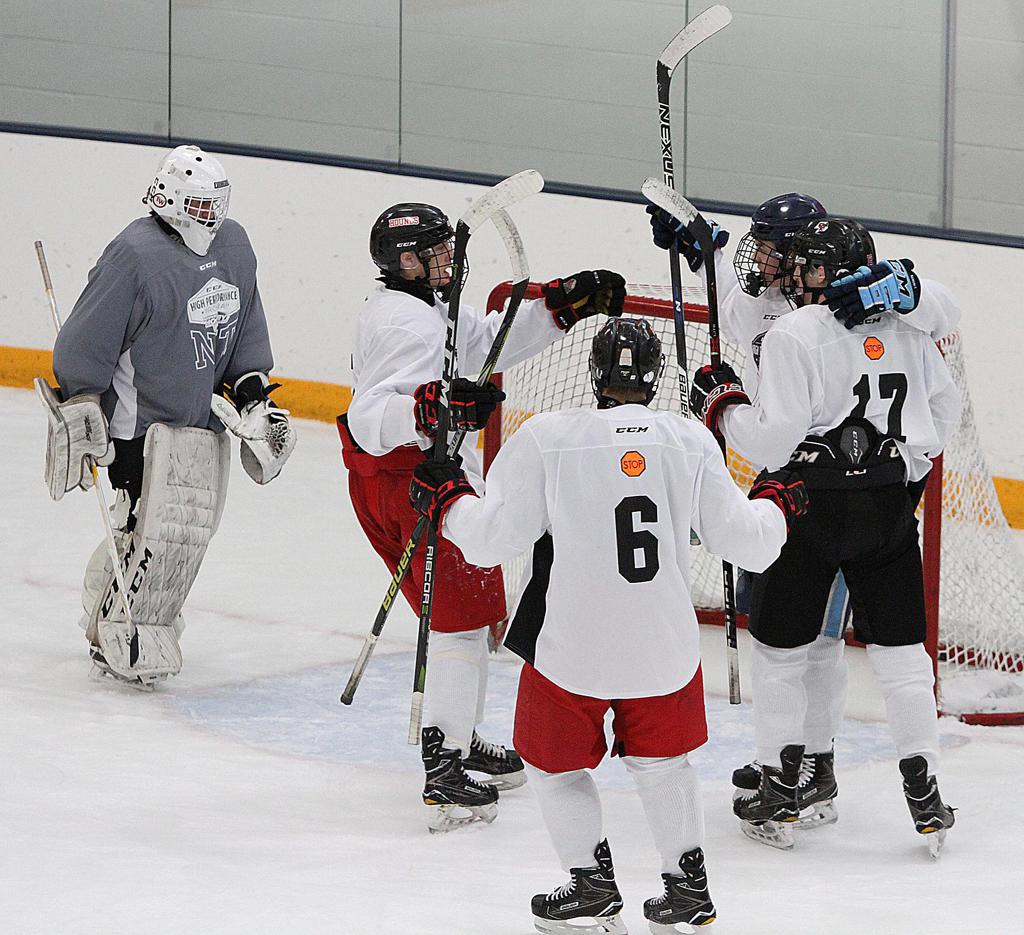 Tim Piechowski (Eden Prairie) scored a hat trick to lead the way, while Will Hillman (Blaine) and Kyler Kleven (Moorhead) both scored in the win for the Minnesota juniors. The White squad outshot its opponents 43-21 for the game.

After scoring the game’s first two goals, Piechowski scored short-handed 1:27 into the third period, breaking a tie for good as White went ahead 3-2. Hillman netted the eventual game-winner with 11:39 remaining, followed by a score from Kleven in the final minute.

Collin Dorzinski (New Prague) started the game between the pipes for Minnesota and stopped seven of 9 shots before giving way to Brennan Boynton (Champlin Park), who allowed one goal on 12 shots to close out the victory.

For Wisconsin, Garrett Larsen played the whole game and made 38 saves on 43 shots.

Click photo below to return to the CCM NIT page.

Click to visit the High Performance page on the MN Hockey Hub.