John and Luke Mittelstadt combined for six points for the Eagles, who scored by committee. 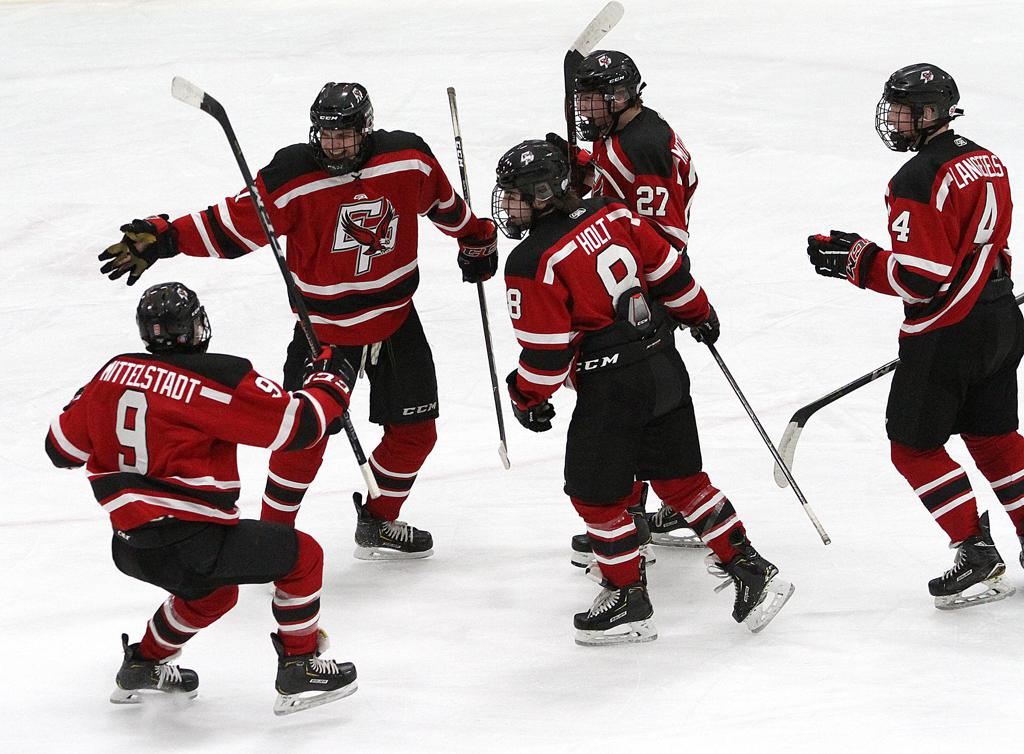 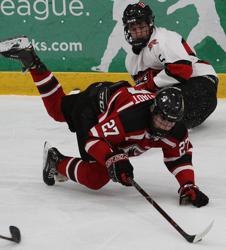 Fast, hectic, chaotic, breathless, high intensity: These are just a few adjectives one could use to describe Eden Prairie’s 6-4 win against Elk River in the Edina Holiday Classic at Braemer Arena.

The Eagles, ranked No. 7 in the Class 2A state coaches’ poll, were able to come out on top in the attack-heavy game, scoring early and often. It all started with a rebound goal from Drew Holt 72 seconds into the game.

It looked like the Eagles (3-1-1) might take the game over from there, but a penalty directly after the goal gave the Elks a chance to respond, and they did. Jack Ferry scored a power-play goal, then Zach Michaelis added a second goal just 56 second later to take the lead.

It took the Eagles over 10 minutes to respond, but once they did, they completely turned the game on its head, scoring three goals in a 3-minute and 20-second span.

“Last year, I don’t think we had the experience where we would’ve been able to do that,” Eden Prairie coach Lee Smith said. “This year I think there’s a bigger belief when something goes wrong, we can turn that tide around and they did a great job with that.”

John Mittelstadt scored on the Eagles’ first opportunity with a man advantage. The Eagles were patient, constantly shuffling and passing the puck, until Luke Mittelstadt found brother John Mittelstadt for a one-timer, sniped into the back of the net.

“I just hit it as hard as I can. When it’s a one-timer you don’t really aim it, just get it on net,” John Mittelstadt said.

Coming into Thursday, the Eagles converted 25 percent of their power play opportunities. They scored on one of their two power plays, and that’s the exact zone John Mittelstadt expects of his team.

“We need to make sure that we score at least 50 percent of them,” he said.

That’s a high expectation, but he kept to his word tonight, scoring on the power play and adding two assists — all which came in the first period.

Power plays haven’t been as much of a strength for Elk River (3-2-0), which has converted 16.7 percent of its chances so far this season. But it was the main source of success for the Elks tonight, scoring on three of their five power plays, including two goals in the final seven minutes of the game to give them a chance for a comeback.

Eden Prairie believes it needs to crack down when it loses a player to the penalty box.

“We’ve got to be better on the penalty kill if we’re going to beat Grand Rapids and Edina in the next two games,” Smith said.

Michaelis scored the third power-play goal for the Elks, his second goal of the game. In an attack-friendly game that saw 10 goals scored, he was the only player to find the back of the net twice. 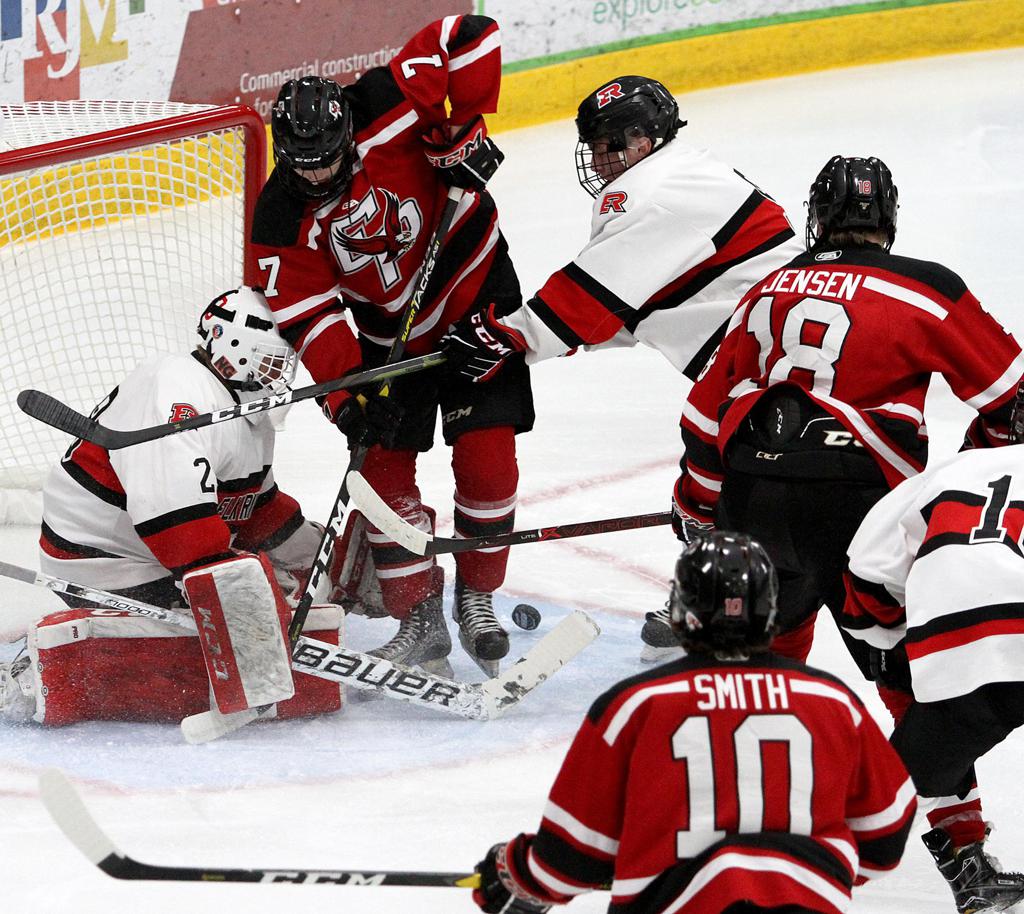 Eden Prairie forward Spencer Rudrud fights for the puck in the crease along with Elk River's Zach Michaelis and goaltender Kyle Esperum during the first period Thursday night at Braemar Arena in Edina. Photo by Drew Herron, SportsEngine

Eden Prairie, ranked No. 7 in the Class 2A state coaches’ poll, scored 72 seconds into the game, as Drew Holt (1-3-4) netted a rebound from a John Mittelstadt shot attempt. It took Elk River just 66 seconds to respond, and then another minute for a second goal. Jack Ferry scored on a power play, then Zachary Michaelis scored the go-ahead goal 56 seconds later.

The Eagles (3-1-1) added three goals in the final five minutes of the period: Jacob Lillejord, Sam Wilhite and Mittelstadt all tallied goals to put the Eagles ahead 4-2 going into the first intermission.

Keegan Langefels scored the second period’s lone goal on a wrist shot from near the blue line, extending the Eagles’ lead to 5-2.

The Elks’ (3-2-0) Zach Stroh scored a power-play goal with 6:35 left in the game, giving them life for a possible comeback. The Eagles shut that down quickly, as Jack Jensen scored 45 seconds later to restore Eden Prairie’s three-goal lead. 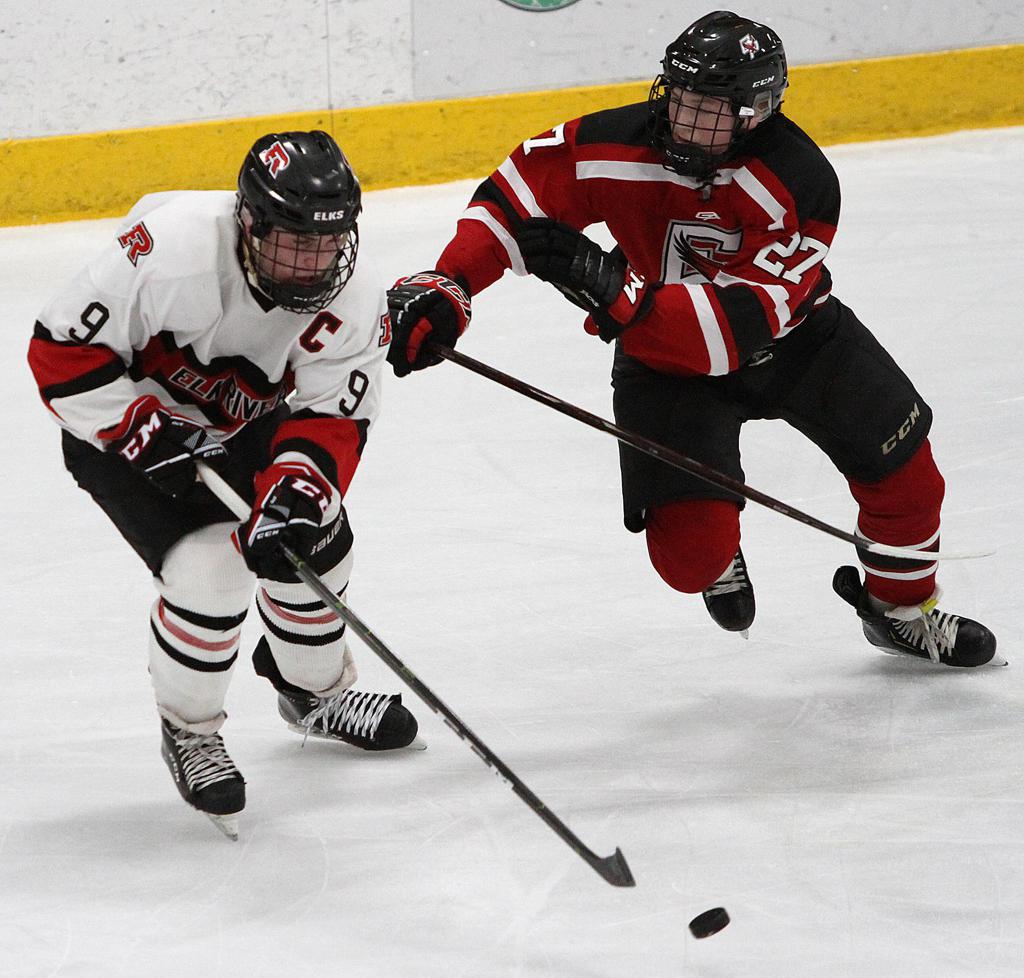