With his coaches feeling he was snubbed for select team play, senior Brennan Boynton has upped his game and boosted the Rebels’ hopes for the playoffs. 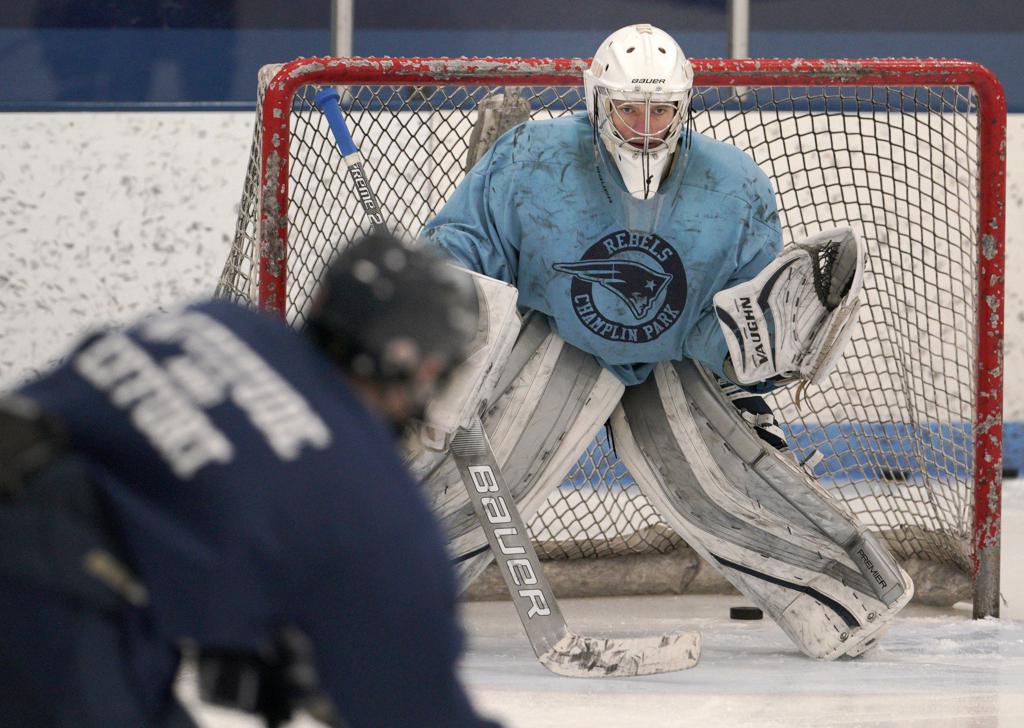 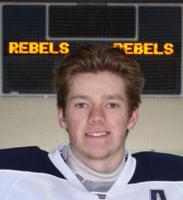 Teammate Sam Lee works his Rubik’s Cube and tosses it to Boynton to make the final turn.

Then Boynton applies essential oils to help him focus and breathe.

Protecting the net is the job. But Boynton put something extra into his performances to reciprocate the support shown by Rebels’ co-head coaches Pat Janostin and Tommy Potter. When Boynton failed to make a select team three years ago, his high school coaches stepped up to ensure decision-makers gave him a better look.

Last year, Boynton’s abilities drew interest beyond Minnesota high school circles. Janostin and Potter supported their goalie even if it meant he would leave Champlin Park without completing his senior year.

But Boynton didn’t follow the path taken by some players from non-traditional power programs. And his coaches are thrilled. Due in large part to Boynton’s play, the Rebels are 10-4 heading into their game Tueday against St. Michael-Albertville. Boynton began this week 9-3 with 2.10 goals-against average and two shutouts.

Potter said, “It’s like [Duluth East coach Mike] Randolph said after we beat them, ‘Your goalie is phenomenal. As long as you have him back there, you’ve got a hell of a chance to make a statement.’ ”

“My parents tried to push me away from it, probably because my dad had gone through it,” Boynton said. “But I always wanted to be a goalie. I thought it was cool how everyone comes up after to you after the games.”

The crowd did not include evaluators of the Minnesota Hockey High Performance 16s, a springtime opportunity for the state’s top players. Boynton did not qualify to tryout within his section. While he used the experience as fuel to improve, the Rebels’ coaches bristled.

“We felt that he was left off because he was from Champlin Park versus another program,” Potter said.

Players selected to tryout are nominated by their high school coach. So the next year, Janostin and Potter immersed themselves in the process. Boynton made the Section 5 team and competed in the 2017 Spring Festival.

“He’s overcome a lot of adversity in terms of politics,” Potter said. “He made the 17s and he was their best goalie.”

Boynton enjoyed a strong junior season at the high school level. He earned all 13 Rebels’ victories, allowed 2.04 goals per game and stopped 92-percent of shots faced.

His consistency, despite a middling Champlin Park (13-11-2) team, drew him interest.

“We were worried he’d go to juniors after his junior year,” Potter said. “But I told him, ‘I’m going to keep putting your name out there. And if you go to a junior team, I’ll throw your gear in the back of my truck and drive you there.’ ”

“That meant a lot, actually,” Boynton said. “Normally the coaches don’t want you to leave, but these guys are all for advancing players and doing what’s best for them.

“After junior year I started getting some calls,” Boynton said. “I had a spot as a second goalie on a NAHL team. I decided I’d rather play all the games here than sit there and play fewer games. And I said if I’m not leaving, I want to come back and be one of the top goalies.”

Potter, a 2010 Champlin Park graduate, saw some of his better peers leave for private schools Breck and Totino-Grace. He said keeping Boynton, who hopes to play junior hockey next season as a springboard to college hockey, “was huge for us.”

Lee, a defenseman, said, “It shows he’s committed to the guys and he doesn’t want to leave us out to dry.”

As for those routines, Lee doesn’t recall how Boynton became the Rubik’s Cube closer. But they can’t stop now. Same for Boynton’s use of essential oils. He started as a freshman on a recommendation from his mother. He said he puts InTune on his forehead to aid his focus, uses Breathe and peppermint to “kind of wake you up and clear your sinuses,” and adds Citrus Bliss because “it’s just a good smell.”

Boynton hopes to he’ll be applying those oils well into the Class 2A, Section 5 playoffs. The Rebels last reached a section final in 2013.

“We haven’t had a great history in sections,” Boynton said. “But this year it’ s a little more wide open and I feel like we’ve got the guys who can make a run.”