Diamonds of the ice, part one: The best players in the history of the boys' hockey state tournament

The Star Tribune's top performers, No. 75 through 51, when it mattered most. 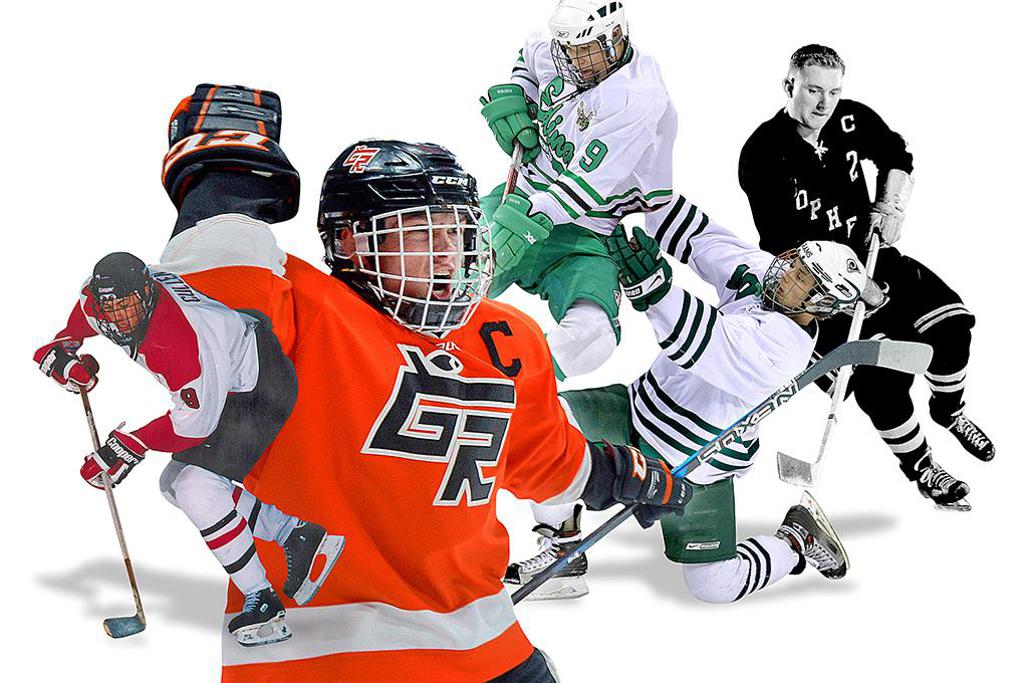 The list starts with an Olympic legend at No. 75. When you reach No. 51 on this page, you'll find one of his players, too.

By the time the puck drops Wednesday morning at Xcel Energy Center, all of the Star Tribune’s Top 75 players in boys’ hockey state tournament history will be disclosed heading into the sport’s diamond anniversary tournament.

Look for No. 50 through 26 on Tuesday morning here on the Hockey Hub. The top 25 will be revealed that evening on the hub as well.

How we arrived at and ranked our 75: A review of tournament record holders, annual team champions and individual scoring leaders, plus conversations with long-tenured boys’ hockey coaches.

State tournament participation was a must. So apologies to a few greats unable to crack this list.

Not that their omission made the job easier. State tournaments back to 1945, full of great hockey players and performances, made whittling names tough. Our list, with photos mostly found in the Star Tribune archives, is certain to enlighten and possibly enrage you.

The countdown continues Tuesday morning when the best of the state tournament -- No. 50 through 26 -- will be revealed on Hockey Hub.