The senior goalie stopped 46 shots in his "best game ever" to send the Cougars to state for the second time in the last three seasons. 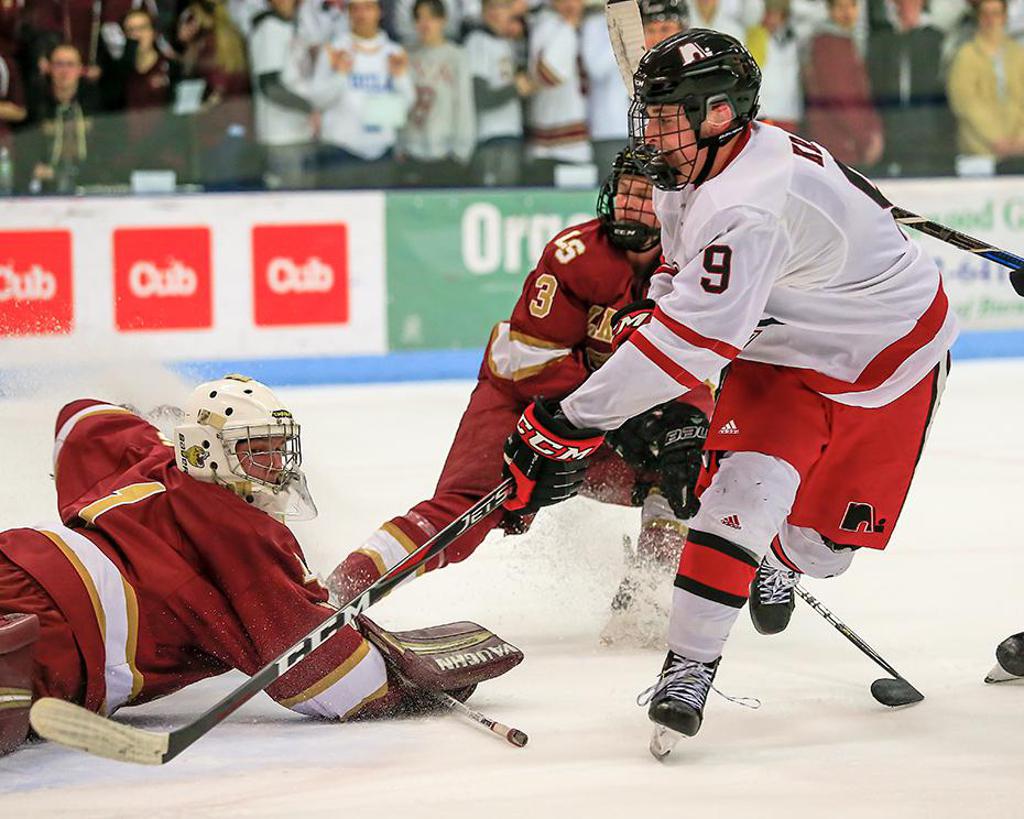 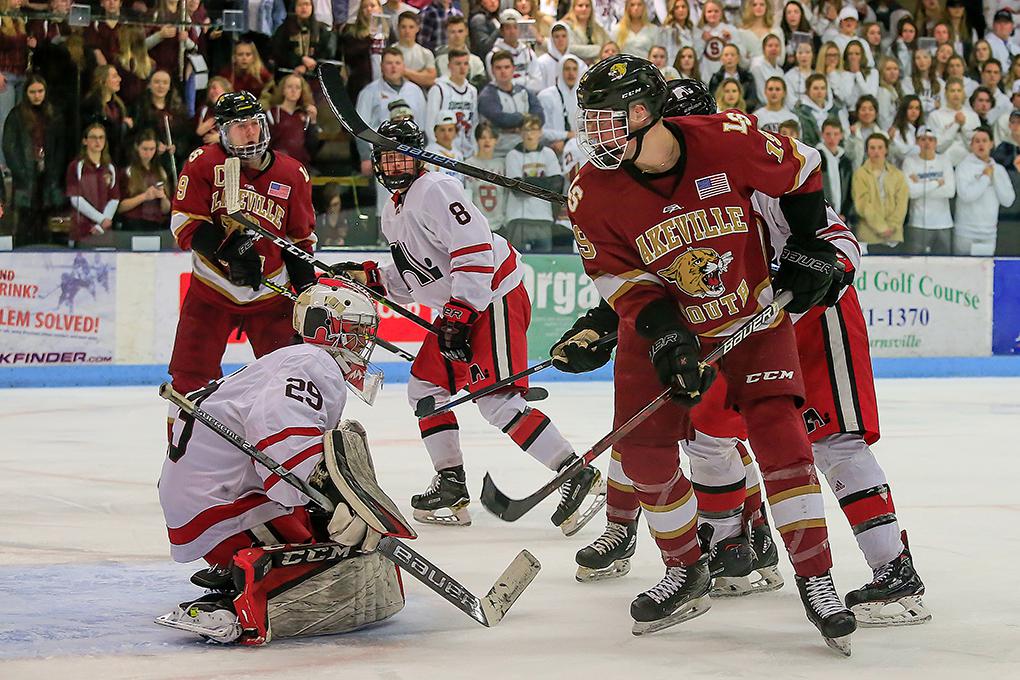 The timing could not have been better for Lakeville South's Henry Welsch to have his best game of the year. The Cougars were facing rival Lakeville North in the Class 2A Section 6 boys' hockey championship Thursday night at the Burnsville Ice Center with a trip to the state tournament at stake.

Welsch turned away 46 shots to seal a Cougars' 4-0 victory, but for the senior goaltender it was business as usual. 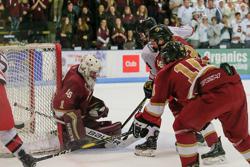 "I have my best game every game," he said, smiling and soaking in the chants of "MVP, MVP" from classmates, teammates and parents swarming in excitement around Lakeville South's latest state tournament entrant.

Welsch's smile stood in stark contrast to last season's disappointment after a loss to Lakeville North in the section final. "This is just so much better," he said.

The Cougars (14-12-1) are making their fourth state tournament appearance overall and second in the last three seasons.

Sophomores Cameron Boche and Cade Ahrenholz each scored first-period goals, when the Cougars put 13 shots on Panthers starting goaltender Will Johnson, and each scored empty-net goals in the game's last two and a half minutes.

Ahrenholz said the game plan was to take initiative immediately, grab an early lead and let Welsch and his 2.27 goals-against average take command.

"We wanted to set the tone early and throw a lot of pucks on net," said Ahrenholz, who now has seven of his season's 15 goals in three playoff games.

Lakeville South recorded 14 more shots on goal the rest of the way. Lakeville North coach Trent Eigner replaced Johnson in goal with junior Caleb Meyer, who turned away the 12 shots he faced.

"I just thought we needed a little spark," Eigner said. "I believe in Will. But sometimes a little change can give you the spark you need."

The Panthers continued to put pressure on Welsch, with 17 shots in the second period and 18 more in the third, but couldn't get the puck past the Cougars' goalie.

"Henry's super solid in net," Ahrenholz said. "We know that any time we can put up four goals, we are going to win the game."

For Lakeville North (15-13), which was playing in the Section 1 championship for the 14th consecutive season, it was a frustrating end to a sometimes frustrating season filled with injuries.

Senior Spencer Schneider, the Panthers' leading scorer, missed most of the last five games of the regular season with a separated shoulder. And five of his teammates — forwards Shane Griffin, Caden Smith and Keaton Kranz and defenseman Cole Pearson — will have the surgeries they have been putting off most or all of the season. Junior forward Sam Enebak played 13 games before he reinjured a shoulder and underwent surgery.

"It's good to get guys back, but when they're playing at 50 or 60 percent, it's no fun for anybody," Eigner said. "But we had a full roster tonight. Hats off to South. They played a good game."

For Welsch, it was more than good. It was his best game. At least until next Thursday, when the Cougars open play at the Class 2A state tournament. 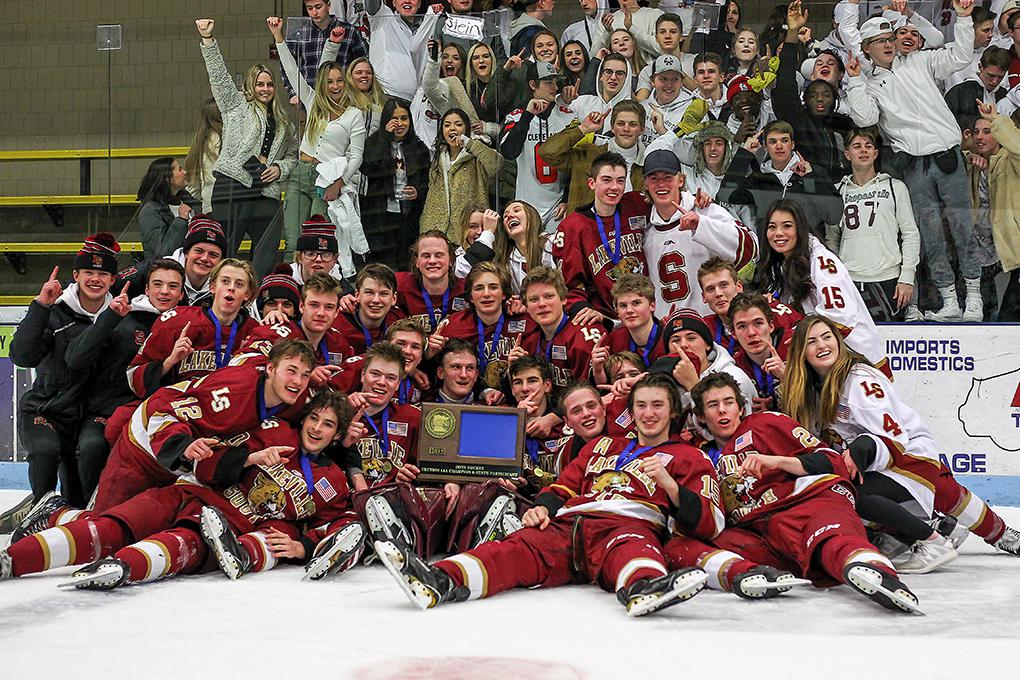