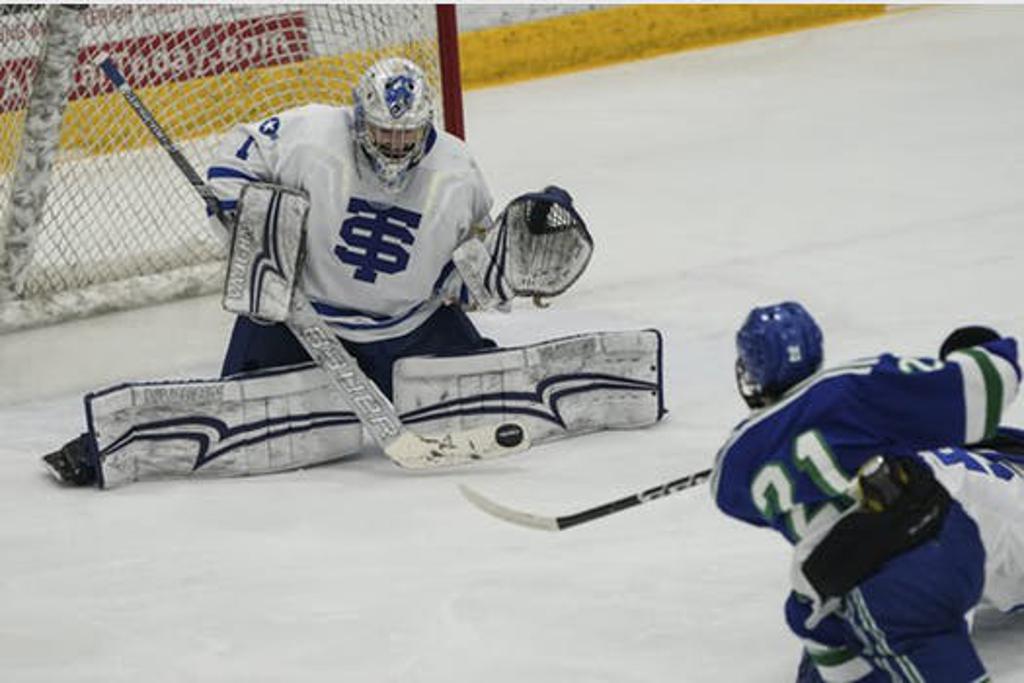 Defense has been the difference this season for St. Thomas Academy, according to co-coach Greg Vannelli.

The defense stepped up Thursday as the Cadets defeated Eagan 4-1 in the Class 2A, Section 3 championship at Braemar Arena in Edina.

Senior goalies Muzzy Donohue and Wes Gervais combined to stop 34 of 35 shots on goal, as the Cadets held their opponent to one goal or none for the 17th time in 18 games.

“Those guys come together,” Vannelli said of his defensemen. “It just seems like at the last second, they break up the plays.”

St. Thomas Academy took a 2-0 lead in the first period with power play goals by Boemer and Vega, after a five-minute major penalty by Eagan. Vega added a second power-play goal midway through the second period, after the Wildcats had cut the lead to one. 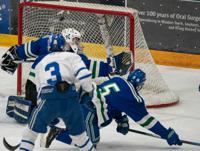 The victory gave St. Thomas Academy its seventh state berth in nine years. It came in the 16th and final season for Vannelli and his brother Tom, who have combined to win five state titles.

Vega said the Cadets are playing for both their outgoing coaches and for themselves.

Junior defenseman Aidan Byrne scored the lone goal for third-seeded Eagan (20-8), which was looking for its first state tournament berth since 2014.

Vega and junior defenseman Andrew Broemer each scored in a three-minute stretch in the first period for the Cadets (24-3-1), who won their third consecutive Section 3 title. Senior forward Ryan O'Neill also scored for St. Thomas Academy, giving the team a three-goal lead late in the third period.

Junior defenseman Aidan Byrne scored for Eagan (20-8), which was looking for its first state-tournament appearance since 2014.