The Bears' 3-2 victory over the Pioneers gave them the Class 2A, Section 4 championship. 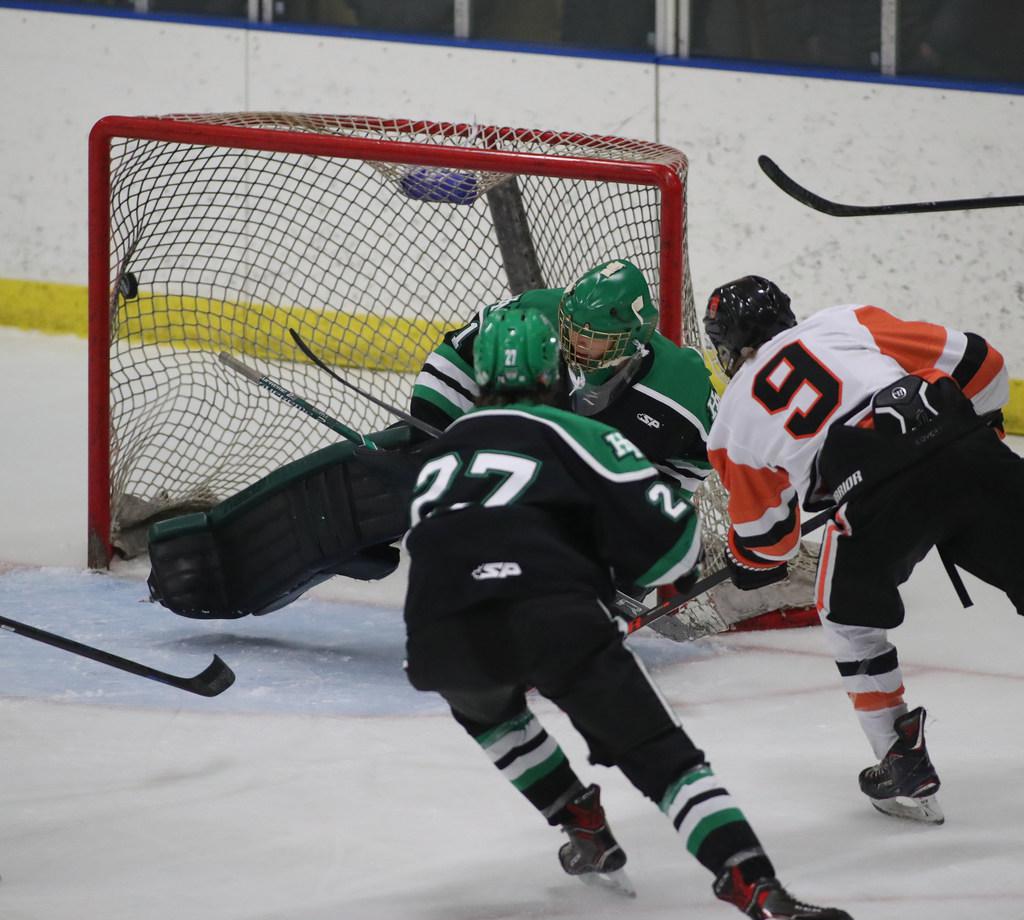 On Mondays, members of the White Bear Lake boys’ hockey team wear weighted vests in practice, building their legs and lungs when no one is watching.

On Friday, the Bears showcased their stamina and mental fortitude before an overflow crowd of about 4,000 at Aldrich Arena in the Class 2A, Section 4 finals against rival Hill-Murray.

Skating hard all night, White Bear Lake outlasted the Pioneers in a 3-2 victory and earned its first state tournament appearance since 2011.

“This team is literally a team,” Bears coach Tim Sager said. “There are stars but no superstars. They needed one another to work hard and grind it out.”

Hill-Murray, which defeated White Bear Lake in the section final last year, fought back. Sophomore defenseman Matthew Fleischhacker got a screened shot from the point on target and trimmed the White Bear Lake lead to 2-1.

Just 41 seconds later, the Pioneers went on the power play looking to tie the game.

The seven-ranked Bears (21-4-1) won what Sager figured would be a race to three goals to secure victory. And the third goal was something special.

Meister and Chase Bill got loose for a 2-on-1 rush. They moved the puck back and forth, with a final Meister pass leading to Bill’s shorthanded goal at 8:35.

“It was huge,” said Bill, who turned 18 on Friday. “We were a little down after they scored but that just brought us right back up.”

But No. 14 Hill-Murray (16-9-2) didn’t quit. The Pioneers won their first two section playoff games in overtime and were poised to send a third there as well.

“I believed we had enough grit and talent to get us through in those moments,” Hill-Murray coach Bill Lechner said.

Henry Eischen scored with 1:15 left, trimming the Pioneers’ deficit to 3-2.

But White Bear Lake took a huge weight off its shoulders with a victory.

“We’ve been resilient all year,” said Meister, whose team also defeated Hill-Murray 3-2 on Dec. 22. “We made it this far and we had to get it done.”

Never easy, always entertaining. White Bear Lake held off Hill-Murray for a 3-2 victory in the Class 2A, Section 4 championship game Friday at Aldrich Arena in Maplewood.

White Bear Lake ended the second period the same as the first period, with a two-goal lead.

But Hill-Murray’s Henry Eischen scored with 1:15 remaining, trimming the Pioneers’ deficit to 3-2.