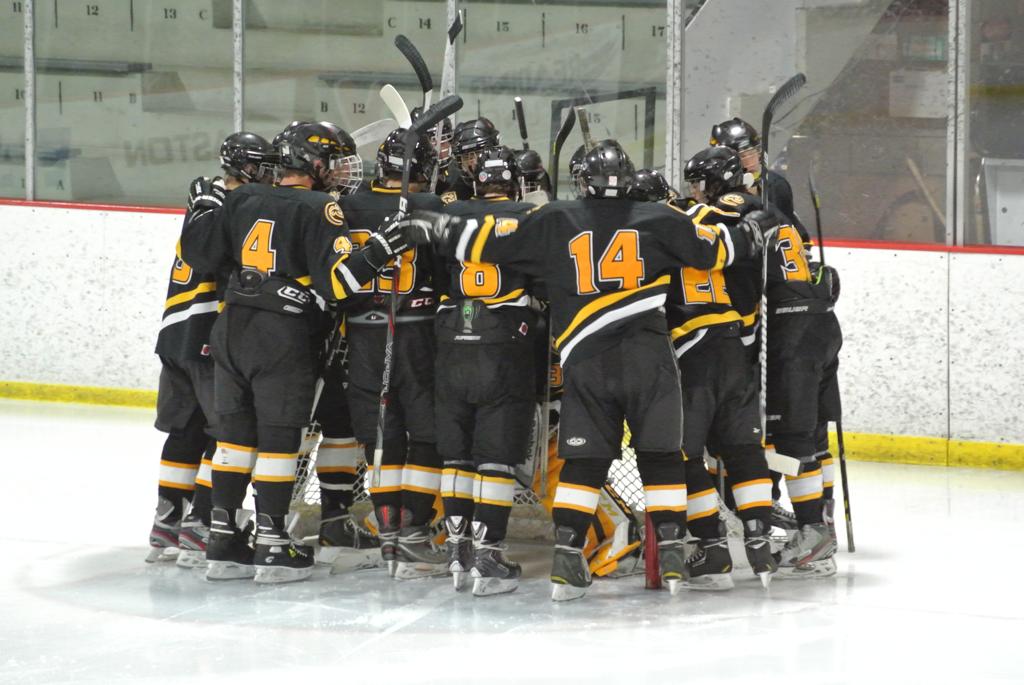 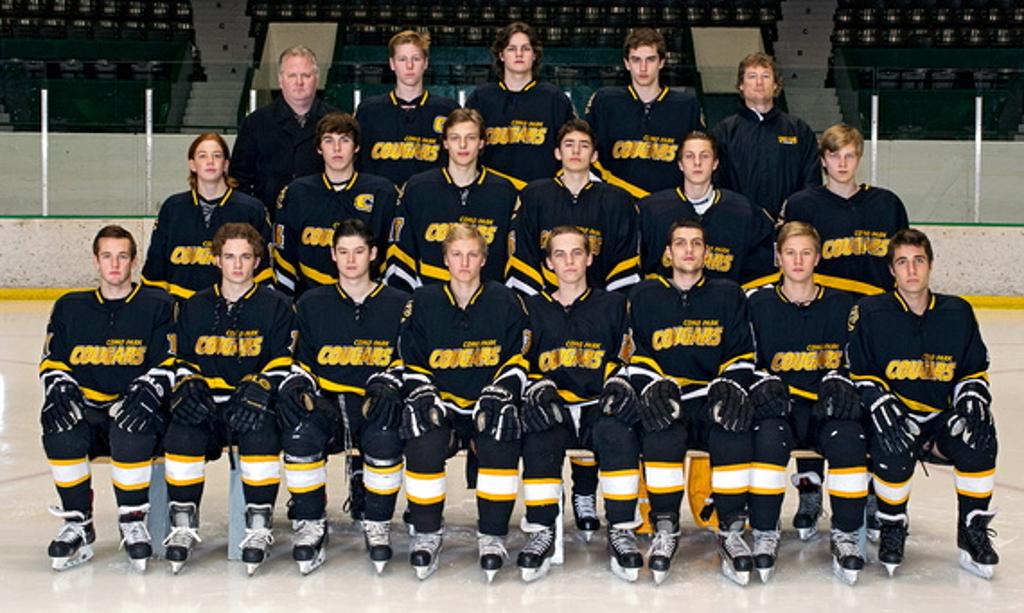 Tor Will, right, of Como Park scores a goal against Keegan Husom of Robbinsdale Cooper in a hockey game at the Coliseum. The 5,200-seat arena is the third-largest hockey venue in the Twin Cities. (Special to the Pioneer Press: A.J. Olmscheid)

Article from the Saint Paul Monitor, a community newspaper in the Midway-Como Area

Como Park may have the highest scoring boys hockey team in the state – academically.

“Our focus in hockey is to work hard, improve everyday, but family and school work comes first,” Cougars coach Dave Bakken said. The Cougars as a team have a grade point average of 3.98, and they have four student athletes earning more than a 4.0. Three of those four rank in the top 10 of their class.

“Our group of friends really pushes each other,” Elliot Moorman said. Moorman has achieved quite a bit in his academic career and on the ice too. The senior forward takes all of his classes at the University of Minnesota and holds a 4.72 GPA, ranked sixth in his class. He also plays club soccer and trains for a club rowing team.

All of the Cougars who earn over a 4.0 take mostly advance placement (AP) courses, and they set an example for the rest of the team by working hard at practice and cracking open the books when there’s an opportunity on team road trips. Bakken often gets a classroom reserved at the opponent’s school for his varsity players to study during the junior varsity game. Tor Will, Moorman, Zach Lee and Rawley Crow all earn over 4.0 in school and play varsity hockey for the Cougars.

Lee and Will also are two of the team’s leading scorers. “He has a great shot and is a good decision maker,” Bakken said of Will. Lee plays defenseman and can play physical on the defensive end, and he can find the right guy to shoot the puck to. He is one of the team’s leading scorers. “He’s real efficient,” Bakken said. “His timing on defense as far as breaking up the other team’s plays is as good as I’ve ever seen in high school hockey. On the offensive end, he always makes the smart play.” Will played on the Cougars soccer team, which won the state title in the fall when he scored the game-winning goal. He also plays on the baseball team in the spring. He has a 4.60 GPA, ranked eighth in his graduating class. “It’s balancing, making sure you’re managing your time,” Will said. Lee also played on the soccer team in fall, and he plays on the tennis team in the spring. He plays forward for the hockey team. Lee has a 4.84 GPA, ranked second in his class, and he takes all AP classes.

Crow, a senior forward with the Cougars, also has a 4.15 in the classroom. Out of all their academic and athletic achievements, Moorman certainly would win the award for most traveled. He worked at a Hospital in Kenya over the summer after raising money to go. The year before, he played for a U.S. select hockey team to represent the country in Russia for an ambassador youth program. “They picked the team based on leadership skills,” Moorman said. “They needed to look at hockey skill insofar as you could at least play well.”

The Cougars may not pile up all the accolades other programs do with the conference titles, section titles, state appearances; they come out to compete hard each game and display good sportsmanship. Bakken wants them to come away with building character and building for the future more so than filling up the win column. “I just hope that we get better every day,” Lee said. “I understand we’re not going to win every game, but as long as we keep pushing forward and improving and staying positive with each other, then it will be a great season no matter what the results are.”