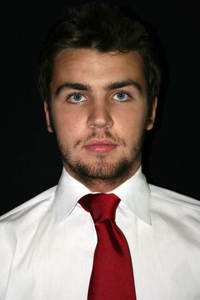 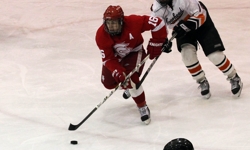 BSM Notes: Became the first defenseman in school history to score 20 goals in a season when he accomplished the feat last season ... Led the team with 14 power-play goals and 32 blocked shots ... Co-winner of the team's All-Star Sports Academic Award and was named honorable mention all-state by both the St. Paul Pioneer Press and the Associated Press ... Earned all-conference honors last season after being an honorable mention all-conference pick and co-winner of team’s Best Defenseman Award in 2010 ... Was an assistant captain for the Red Knights last season and is a co-captain this season ... Earned Andrew Alberts Most Improved Player Award as a freshman ... Also plays soccer at BSM ... Captained the Red Knights to the 2011 Class A state title ... Scored a goal in all three games of the state tournament and was named to the all-tournament team.