Mike Polich is a real estate agent living in Osseo. Should be an easy guy to get to in contact with, right?

Well, after carelessly sending an introductory email to Mike Polich the real estate agent  in Utah, we were able to reach the right Mike Polich.

For the record, the Utah Mike Polich was gracious in his response to the out-of-left-field email. Surprisingly, Utah Mike had heard of his Minnesota namesake.

We thoroughly enjoyed our chat with Minnesota Mike about his high school playing days. He also told some great stories about his time in the Montreal Canadiens’ organization at a time when the NHL club was so stacked its top farm club featured as many as four first-round draft picks.

Also, a thank you goes to Terri Anderson, the coordinator at the Memorial Building Arena in Hibbing, for taking time out of her day to provide us with photos of Polich.

Wednesday was another big day for Top 100 nominations. We received about 30 submissions, including this (slightly edited) one from Brian Scott for Edina’s Tom Nevers:

“Tom Nevers was a special player that comes once in a lifetime.  I don't ever remember a freshman from Edina play like he was a senior. In his first game he was coming up the right side of the rink with two defenseman covering him. He saw an opening and hit a slap shot on the glove side into the upper right left corner. He dominated games for minutes at a time, even during the state tourney.  If he didn't get hurt he would have won Mr. Hockey.  IMO it would be a travesty if he was not on the top one hundred list, but I am biased.  I am a 1989 Edina graduate.”

Wednesday was Edina Day for submissions, as Brad Benson nominated most every member of the Hornets’ state championship teams in 1978-79.

High school hockey typically doesn’t get a lot of TV airtime in August, but in Minnesota anything is possible when it comes to hockey.

I spent part of Tuesday evening at Seven restaurant in downtown Minneapolis talking on camera about the construction of the Top 100 with Rod Simons, host of the Game On! local sports show. The show airs on Sunday at 10:30 a.m. on Fox. 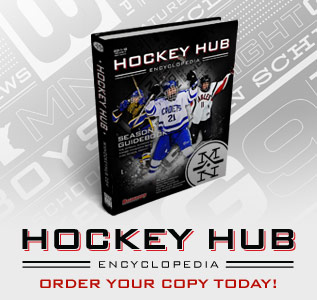