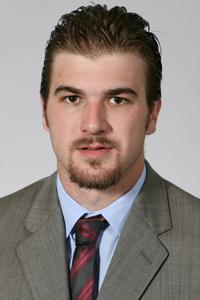 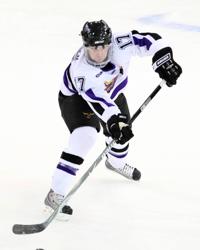 Blake Friesen begins his third season working with the Benilde-St. Margaret's junior varsity, having started with the team in 2010-11 and then returning for the 2013-14 season.

A 2004 BSM alum, Friesen finished his career as the school's career leader in assists (80) and points (114) for defensemen. He scored two goals and 13 points as a freshman on the Red Knights' 2001 Class A state championship team and set career highs with 14 goals and 39 points as a senior, becoming the school's first Mr. Hockey Award finalist.

He earned all-conference honors and the team's Best Defenseman Award three times and served as a team captain as both a junior and senior.

After concluding his senior season, Friesen finished the season with the Sioux Falls Stampede of the United States Hockey League and spent the entire 2004-05 season with the organization before embarking upon a four-year collegiate career at Minnesota State.

With the Mavericks, he saw action in 111 games, scoring four goals and 17 points before earning his bachelor of science degree in international business. While with the Mavericks, he was a recipient of the College of Business Henry and Marilyn Okleshen Hockey Scholarship Award.

Following his senior season, he signed a professional contract with the Idaho Steelheads of the East Coast Hockey League, where he played five games in 2009 after finish his final college season.

He spent the entire 2009-10 season with the ECHL's Kalamazoo Wings but was limited to 18 games due to injuries before retiring from the professional ranks.

Friesen is currently a small business owner and along with his hockey coaching, works as a trainer and mentor. He was raised in Minnetonka and currently resides in Minneapolis.