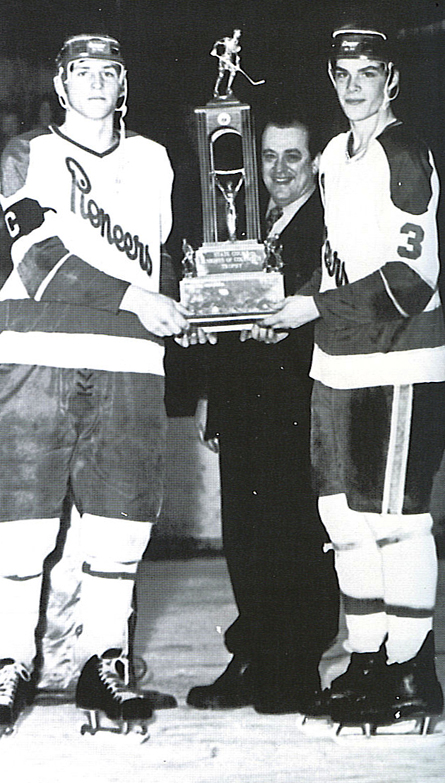 Fans poured through the gates long before the scheduled start, assuring themselves of a prime seat.

Camera crews jockeyed for position, too.

Newspaper articles billed it as the unofficial state championship.

Edina’s Braemar Arena was buzzing at a feverish pitch.

“People were yelling at me,” said Willard Ikola, the iconic Edina coach who retired in 1991 with 616 victories and eight state championships. “I couldn’t believe it.

The popularity of Minnesota high school hockey in the early 1970s was such that the hype and anticipation surrounding a scrimmage between powerhouse programs Edina and Hill reached Super Bowl proportions. 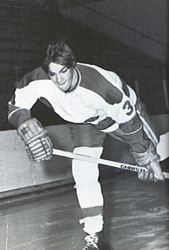 “I think the 1971 (Hill) team was one of the best the state of Minnesota ever had,” said Dave Langevin, a Pioneers junior defenseman during the 1970-71 season. “What really hurt us was we weren’t getting to the big stage every spring.”

Like the rest of the state’s private schools, Hill, which would become Hill-Murray the following year after merging with all-girls Archbishop Murray Memorial, was not a member of the Minnesota State High School League and thus ineligible for the wildly popular public-school state tournament.

Hill instead played in the Independent Schools state tournament, which it won in 1970 in overtime over three-time defending champion Duluth Cathedral.

“We had a lot of depth on defense,” Langevin said. “I remember talking to (former Gophers and 1980 U.S. Olympic team coach) Herbie Brooks, and he said that year Hill had probably the four best defenseman a high school team ever had.”

Hill went 26-1-1 that season, with the lone loss coming in the state independent tournament championship game to Blake, a team Hill defeated 5-2 during the regular season.

The Pioneers allowed 32 goals that season, a total that remains a school record for fewest in season.

Edina won the 1969 public school tournament, lost to Minneapolis Southwest 1-0 in overtime in the 1970 title game and was in the midst of another championship season in 1970-71 when it took on Hill.

“Pretty much every time I go in there, I think of that game,” said Langevin, who as an Edina assistant coach is a regular at Braemar Arena. 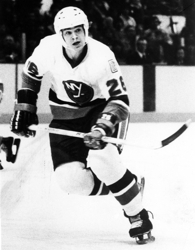 Hill “won” the matchup with the Hornets. It was the last of several scrimmages between the teams that season.

In that era it was commonplace for teams to bolster their schedules with scrimmages, both before and during the season. Hill coach Andre Beaulieu scoured the Twin Cities for top-ranked teams willing to be placed on the Pioneers’ ambitious scrimmage schedule. The state high school league now has limited the number of scrimmages in which teams can participate.

“Andre was a big proponent of using the scrimmages,” Langevin said. “We would have two or three scrimmages a week. We would go all over the Cities and play all the top teams.”

Langevin, who said he grew six inches between his freshman and sophomore year of high school, held up well under the rugged competition. College and pro scouts, who would show up in packs even for early morning Pioneers practices, loved the lanky Langevin’s potential.

“I came back to school after my freshman year and nobody knew who I was," Langevin said. "I was six foot. I was a string bean.”

Langevin continued to pack muscle onto his frame, and by his senior season he and Spannbauer (Young and Larson had graduated in 1971) formed one of the most talented and physically imposing duos the state has seen.

“Spannbauer was big and strong and physical, and so was Langevin,” Beaulieu said. “You are talking about guys who were (6-foot and taller). They could handle the puck. They could pass, they could shoot. It was hard for anybody to get around them.

“(Langevin) was aggressive. He wasn’t afraid to take some chances. He was very intense.”

Co-captains Langevin and Spannbauer led the newly created Hill-Murray High School to a 24-4-0 record, including a 3-2 win over Duluth Cathedral for the independent state tournament title.

Langevin and Spannbauer had accepted scholarship offers from the University of Minnesota, but Langevin said a late change of heart by Gophers coach Herb Brooks left him scrambling for a college destination. Beaulieu made some phone calls touting Langevin’s ability, and Providence and Minnesota-Duluth made scholarship offers.

Langevin chose UMD, where he scored 19 goals as a senior in 1975-76. Langevin’s goal total remains a single-season Bulldogs’ record for a defenseman, and he was inducted into the school’s athletic hall of fame in 1995.

No Minnesotan has achieved more in terms of NHL postseason success than Langevin, who won four Stanley Cups with the New York Islanders from 1980-83.

He coached the Henry Sibley girls hockey team before taking the assistant coaching position at Edina two seasons ago.