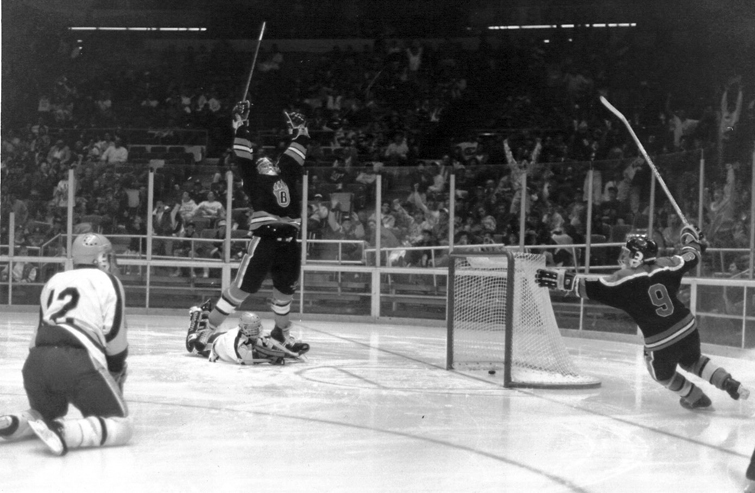 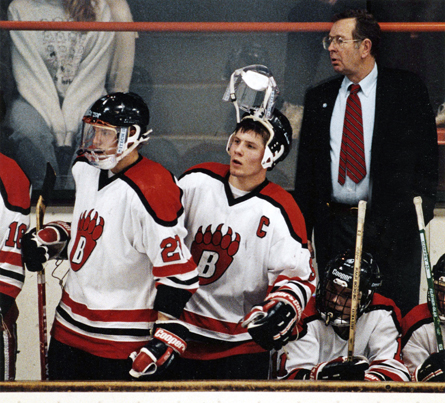 He understood their importance but still tolerated them as a necessary inconvenience.

After all, he had better things to do.

“Nobody loved drills, that stuff is not fun,” Bonin said. “You are kind of mad about practice because you can’t wait to get back on the rink.”

“The rink” would be the patch of ice in Bonin’s front yard. It was his sub-zero Shangri La.

Boot hockey games there were legendary. 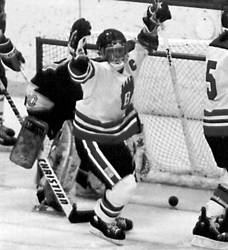 “Every day after practice we’d be out there,” said Bonin, who grew up in White Bear Lake. “We’re talking about some really, really good games and some fun times. A lot of the skill development happened there. You learn how to make moves and score.

“The highlight of my life in hockey is that rink and playing those games.”

All that unstructured play molded Bonin into a skating and stickhandling cyclone. As a sophomore in 1989-90, he burst on the statewide scene with all the subtlety of a keg of dynamite, scoring 25 goals and adding 28 assists to lead White Bear Lake to the state tournament.

“The stuff he did on the ice, you can’t really coach,” said Ben Butters, a Bears defenseman who was a year younger than Bonin. “He learned from playing for the Stanley Cup 100 times out on his hockey rink.”

“That was always the dream,” Bonin, who was also a soccer standout, said about playing in the state tournament. “You play on the team as a sophomore, and you end up making it there. I think maybe we were a little awestruck and a little star struck by the atmosphere and everything that goes with it.” 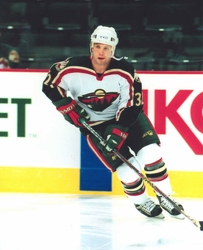 Brian Bonin played in 12 NHL games, including seven with the Minnesota Wild in 2000-01. Courtesy photo

Bonin figured the experience would be good for the Bears. There was no doubt they would make at least one more appearance on the big stage.

In 1991 the Bears were leading Hill-Murray 3-0 in the Section 3 title game and, seemingly, well on their way to another state tourney trip. The Pioneers rallied for a 4-3 victory and went on to win the state title in dominating fashion.

Bonin’s senior season was marred by a shoulder injury, but he still managed 23 goals and 35 assists despite sitting out several games.

“He could see the rink very well and he could handle the puck very well,” former White Bear Lake coach Tom Simpson said about Bonin, a savvy 5-foot-9 forward. “He would run our power play; he would be on the man short.

“You don’t get players like that very often. You get a lot of good players, but he was a notch above.”

Bonin’s return to the lineup was expected to give White Bear Lake the spark it needed to reach the 1992 state tournament. Instead, the Bears were stunned by Mounds View 3-2 in the Section 3 quarterfinals in one of the more memorable early round upsets in state playoff history.

“It’s the most sour memory I have,” he said. “Yet, in the moment, it was too shocking. We all sat in the locker room and were like, ‘That’s it. Now what?’ Everybody was like, ‘I don’t know what.’ ”

Bonin, who was named Mr. Hockey that spring, had accepted a scholarship offer from the University of Minnesota. He scored 100 goals and added 116 assists in 166 games for the Gophers during a four-year career that culminated with winning the 1996 Hobey Baker, the award given to college hockey’s best player.

Bonin played in 12 NHL games during a seven-year professional career that ended in 2003. He played seven games for the Minnesota Wild in 2000-01.

A sales representative for healthcare company GlaxoSmithCline, Bonin lives in White Bear Lake with his wife, Rachel, and their three boys, Ben, 10, Brendan, 7, and Jude, 5.