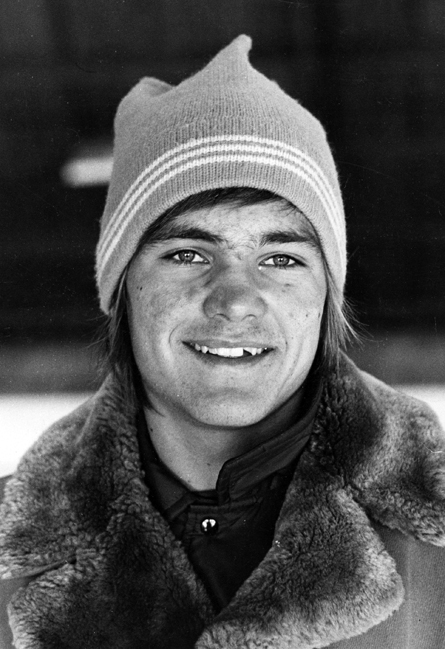 Early vintage hockey sticks had blades as straight as flagpoles.

It wasn’t until the 1960s that NHL players regularly began curving their sticks, forever altering the physics of the game.

Minneapolis Roosevelt’s Reed Larson joined the revolution by dunking his stick blades in boiling pots of water, then wedging them in doorways and other tight spaces while giving them a good bend.

The resulting banana blades added velocity and lift to Larson’s already cannon shots. The homespun “technology” was only a small component in the creation of what is widely regarded as one of the hardest slap shots in state high school history.

“We all did that,” said Bill Baker, a former standout Grand Rapids defenseman, about doctoring stick blades. “But we didn’t shoot like Reed.”

The stocky Larson (he stood 5-foot-11 and weighed 185 pounds as a sophomore) spent his summers water skiing at his parents’ lake cabin. He was also into wrestling and gymnastics.

“That had a lot to do with my muscle development,” Larson said about his non-hockey activities. “Gymnastics was actually my favorite. If I turned on the Olympics that’s what I wanted to watch.”

Larson said he attended YMCA summer camps where his counselor was a state gymnastics champ. The rings and high bar were two of his preferred disciplines.

Muscle was packed onto muscle as those gymnastics-built beefy forearms and thick wrists were stressed and strained during regular shooting sessions in the Larsons’ garage.

“I helped my dad clean out one side of it, and we found an old wrestling mat that we hung up to shoot at,” Larson said. “I loved to shoot. I was always experimenting with different sticks and shafts and curves.”

The slippery plastic of an old “Mini-Boggan” sled served as the launching pad for slap shot after slap shot.

Larson was playing varsity for Minneapolis Roosevelt as a sophomore in 1971-72, and by his junior and senior seasons had established himself as one of the state’s premier defensemen.

“He had a great shot from the 10th grade on,” former Roosevelt coach Bucky Freeburg said. “He broke a lot of sticks and a lot of ankles and everything else. He was a tough kid who had a little mean streak in him. He proved that right away his first year.” 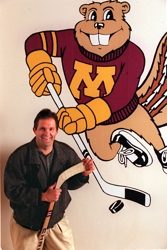 The Teddies were 16-1-2 when they reached the 1974 state tournament with Larson, a senior, as their leading scorer.

Roosevelt led Grand Rapids 2-1 entering the third period, but the Indians tied it in the first minute. The game was extended to overtime, and Grand Rapids won the quarterfinal matchup 3-2 on a goal by Erin Roth.

According to Freeburg, Larson was at the center of a controversial play in the third period.

“He took a 100-mph shot from center ice and scored, and they called one of our players offsides,” Freeburg said. “That was really a killer. The goal would have put us up 3-1, and the way we were really playing tight defense against them, I don’t think they would have come back.”

Larson said the Teddies might have been looking past Grand Rapids and ahead to a potential showdown against eventual champion Edina East. Larson said Roosevelt had matched up well against the Hornets despite losing a regular season showdown between the teams.

“I would have liked to play Edina again,” Larson said. “I really believe we were the second best team in the state behind Edina.”

Larson went to the University of Minnesota, where he won a national championship in 1976.

Baker, who had played against Larson in the 1974 state tournament, was teammates with Larson with the Gophers. Baker said Minnesota's unsophisticated power play acquired the nickname "Feed Reed." As in, get the puck to Larson, then get out of the way.

Larson turned professional during the 1976-77 season, when he played 14 games for the Detroit Red Wings. Larson was runner-up for the Calder Trophy as the league’s top rookie after scoring 19 goals and adding 41 assists in 1977-78.

Larson spent 10 seasons with the Red Wings and played in three NHL All-Star games. He played in 904 regular season NHL games from 1976-90 and became the first American player to score more than 200 goals. He also played four seasons in Italy. 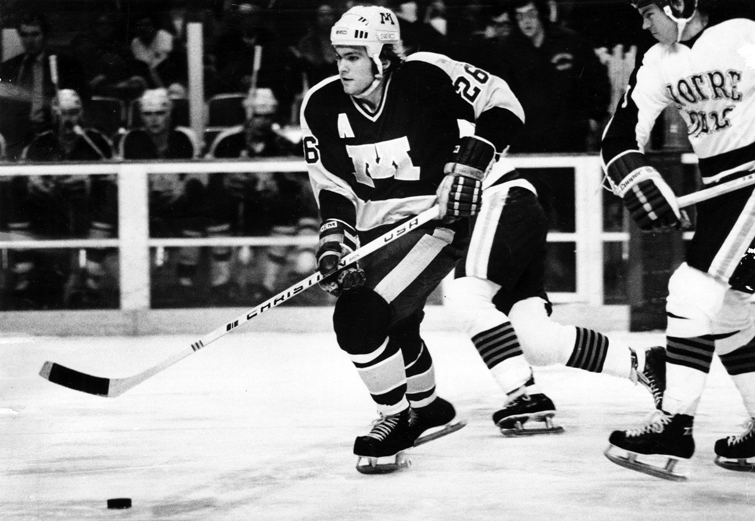