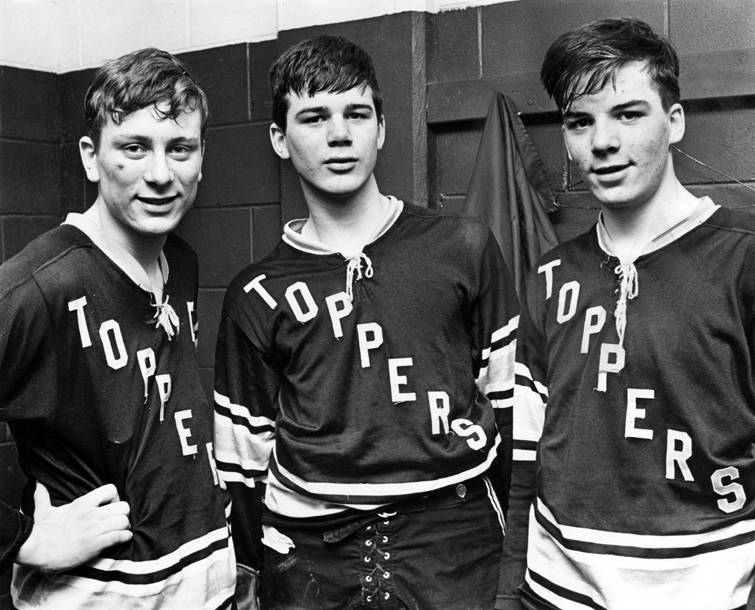 “Or Is it Duluth’s Pokey Trachsel?"

The Feb. 17, 1969 edition of the Minneapolis Star sports page stacked feature stories on two of the most electrifying high school hockey players in state history.

Boucha, a 6-foot-1, 180-pound defenseman from Warroad, was described as the “backbone of the Warroad team for the last four years, and the apple of pro scouts’ eyes for the past two.”

The tell-all paragraph on Trachsel, a 6-foot-1, 170-pound defenseman from Duluth Cathedral was presented thusly: “Trachsel has a blue line slapshot that all but knocks opposing goalies off their skates, a stickhandling ability that leaves the other team darting at empty air and a need for contact that draws a lot of penalties.”

“He was very skilled defenseman, a big kid,” said Hermantown coach Bruce Plante, who played against Trachsel as the goaltender for Cloquet. “He was not as big as Boucha, but he was in the mold.

“He had a great shot. There weren’t a lot of great shooters back then, and he could bring it.”

Steve Trachsel, nicknamed Pokey by his mother after a children’s book titled “Pokey the Puppy,” gained citywide acclaim as an ace 12-year-old pitcher who led Duluth to its only appearance in the Little League World Series.

A huge photo of that team is affixed to the brick exterior of the Duluth Heritage Sports Center, a young, larger-than-life Pokey – already approaching 6-feet and towering over the rest of his teammates – is hard to miss among the Little Leaguers greeting visitors to the building.

“That was was something else,” Trachsel said about his Little League exploits. “We played about 12 one-run games to get there. Omaha, Iowa, Ohio --  they were all one-run games. We flew out of Duluth. We toured the White House.

“We were just a bunch of young punks.”

Trachsel, one of four hockey-playing Trachsel boys, excelled at every sport he tried. He was also a football star, but hockey eventually became his primary focus.

Trachsel scored 100 goals in 30 games in his final Bantam season. A standout center for Cathedral as a freshman, Trachsel was moved fromforward  to defense as a sophomore. He rarely left the ice during the next three seasons.

Dennis Genereau, the Hilltoppers’ coach during Trachel’s senior season, said in 1969 that Trachsel comes off the ice, “once, maybe twice a period.”

“Sometimes I think he took penalties just so he could take a break,” said Duluth East coach Mike Randolph, Trachsel’s teammate at Cathedral for three seasons.

Trachsel led Cathedral to its fifth-straight Catholic schools state title by scoring 12 points in the three games in the 1969 tourney. The Hilltoppers beat West St. Paul Brady 9-1, St. Thomas Academy 13-4 and Hill 6-1 en route to the title. Trachsel was named to the all-tournament team for the third-straight year.

“We had a good team,” Trachsel said. “It’s too bad we couldn’t play in the public school tournament. I think we would have done pretty good.”

Trachsel turned down scholarship offers from Minnesota, Notre Dame and Colorado College to play for Minnesota-Duluth. He was used both as a forward and a defenseman for the Bulldogs, and he scored a school-record five goals in a single game in 1972 against Lake Superior State. The record was tied on Feb. 5, 2011, by Mike Connolly in a 6-4 win over Minnesota.

Trachsel is retired and living in Duluth.