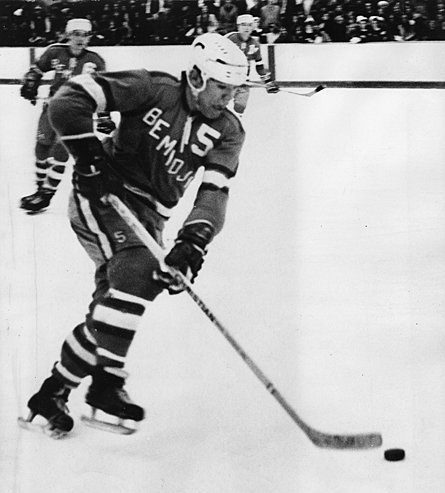 Gary Sargent was a star high school player for Bemidji for five seasons and played for Bemidji State for one season in 1972-73. Star Tribune file photo

The timing -- and the pain -- couldn’t have been worse.

Bemidji was playing in the state hockey tournament for the first time in the program’s history, and star defenseman Gary Sargent was so sick he could hardly breathe.

“You can’t eat anything, you can’t hold anything down,” said Sargent, whose athletic feats (he also was a baseball and football standout) had all but transformed him into a living, breathing, modern-day Paul Bunyan. “I don’t know how it happened. I just knew I had an awful stomach ache. I think it happened on the bus ride down (to the Twin Cities).”

Sargent was a senior in 1972 when the upstart Lumberjacks knocked two longtime Section 8 powerhouses out of the playoffs. Bemidji beat Roseau 2-0 in the section quarterfinals and pounded Warroad 6-1 in the semifinals.

Appearing in a section final for just the second time in school history, the Lumberjacks routed East Grand Forks 6-1.

Bemidji’s leading scorer as an eighth grader, Sargent was moved from forward to defense before his sophomore season. Rarely leaving the ice, Sargent controlled long stretches of play with his end-to-end puck-rushing ability. 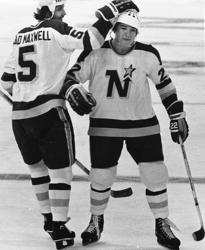 “We gave him license to do whatever he wanted to do on the rink,” said Chuck Grillo, Bemidji’s assistant coach in 1972. “We said to the other players, ‘If he leaves his defensive spot, that’s your problem not his problem. Somebody better take his place.’

“He’s the reason Bemidji got put on the map for hockey.”

When the opportunity arose, the 5-foot-10, 200-pound Sargent also had the strength and agility to knock opposing players off the puck – and their skates – with his punishing physical style.

“He was just a pickle barrel,” said Bob Johnson, Sargent’s Lumberjacks teammate. “He was just such an animal, really. So tough and hard-hitting.”

Johnson said Sargent never went out of his way to run players through the boards, even though he had the strength to do so. But if there was an opportunity for Sargent to make a monster hit, well, there was no hesitation.

“I remember one time playing up in Roseau,” Johnson said. “Robby Harris was their stud then. Right in front of our bench, Sarge caught him with his head down. It was such a big hit, I remember looking away because I thought, ‘This kid is really hurt.’ ”

Harris, much to Johnson’s surprise, picked himself off the ice and finished his shift. A few minutes later, Harris and Sargent again collided in dramatic fashion.

“I’m on the bench, again watching it happen right in front of me,” Johnson said. “I though (Harris) could be dead, Sarge hit him so hard. One thing Sarge could do was take the other team’s big players out of a game a little.”

“We had some big defensemen back then, and Gary Sargent wasn’t as big as some of the guys we had,” Hokanson said. “But he just leveled Robby a couple of times. I remember our players being upset at him for taking hits like that.”

An all-state football selection who played linebacker and fullback, Sargent was wooed by more than a dozen major college football programs. As a pitcher and infielder renowned for his prodigious home run blasts, Sargent turned down a contract offer from the Minnesota Twins.

“I thought my chances were better to make it in hockey than any other sport,” Sargent said.

When Bemidji arrived at the Met Sports Center in Bloomington in March of 1972, the expectation was for Sargent to showcase his vast array of skills to a statewide audience and platoon of college coaches and pro scouts. Even though Sargent scored two goals and assisted on another in the Lumberjacks’ 8-3 quarterfinal loss to eventual champion International Falls, it was obvious to Bemidji’s coaches and players that Sargent was hardly his usual, dominant self.

“I didn’t know what was wrong at the time,” Lumberjacks coach Jim Smalley said. “We just knew he wasn’t feeling well. Everyone expected him to do better at the state tournament, but what nobody realized is the day after the tournament he went in with a ruptured appendix.”

Bemidji lost to Alexander Ramsey 4-1 in the consolation round.

“I had one miserable cramp after another,” said Sargent, whose 51 points as a senior was a school record. “I couldn’t even see straight. Sometimes you have to suck it up. You play hurt.”

Related by marriage to Warroad’s Henry Boucha, another Native American superstar who went on to play in the NHL, Sargent scored 23 goals in 30 games at Bemidji State in his only season with the Beavers.

Intent on improving his draft status, Sargent played the 1973-74 season with the junior-level Fargo-Moorhead Sugar Kings. He scored 37 goals in 48 games and was drafted in the third round, 48th overall, by the Los Angeles Kings.

Sargent was named the Kings’ Outstanding Rookie after the 1975-76 season and was honored as their Outstanding Defenseman in 1976-77. He signed as a free agent with the Minnesota North Stars in 1978 and was named to the 1980 NHL All-Star Game. He didn’t play in the game because of a back injury that would eventually cut his career short.

Sargent, who retired from pro hockey in 1983, lives in the Bemidji area.